What is going on with the Coronavirus?

Health officials in Hubei (centre of the outbreak) are reporting inconsistent numbers. On February 11, the number of confirmed cases showed signs of levelling off and the Dow Jones closed at a record. But only a day later, health officials confirmed 14,840 new infections in Hubei – the total number of is now 48,206. In response, the CCP ousted the party secretaries of Hubei and Wuhan.

So what is really happening? 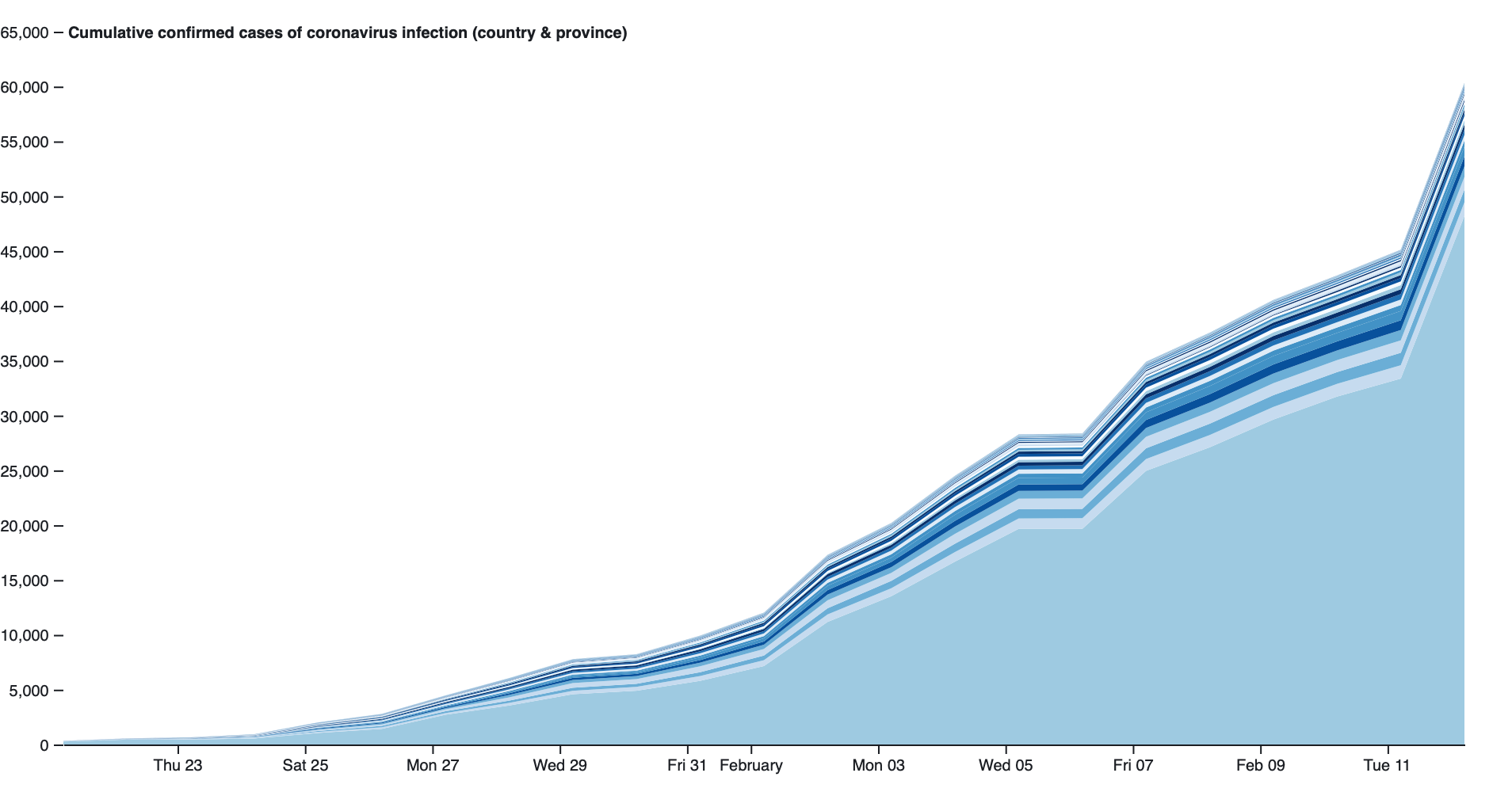 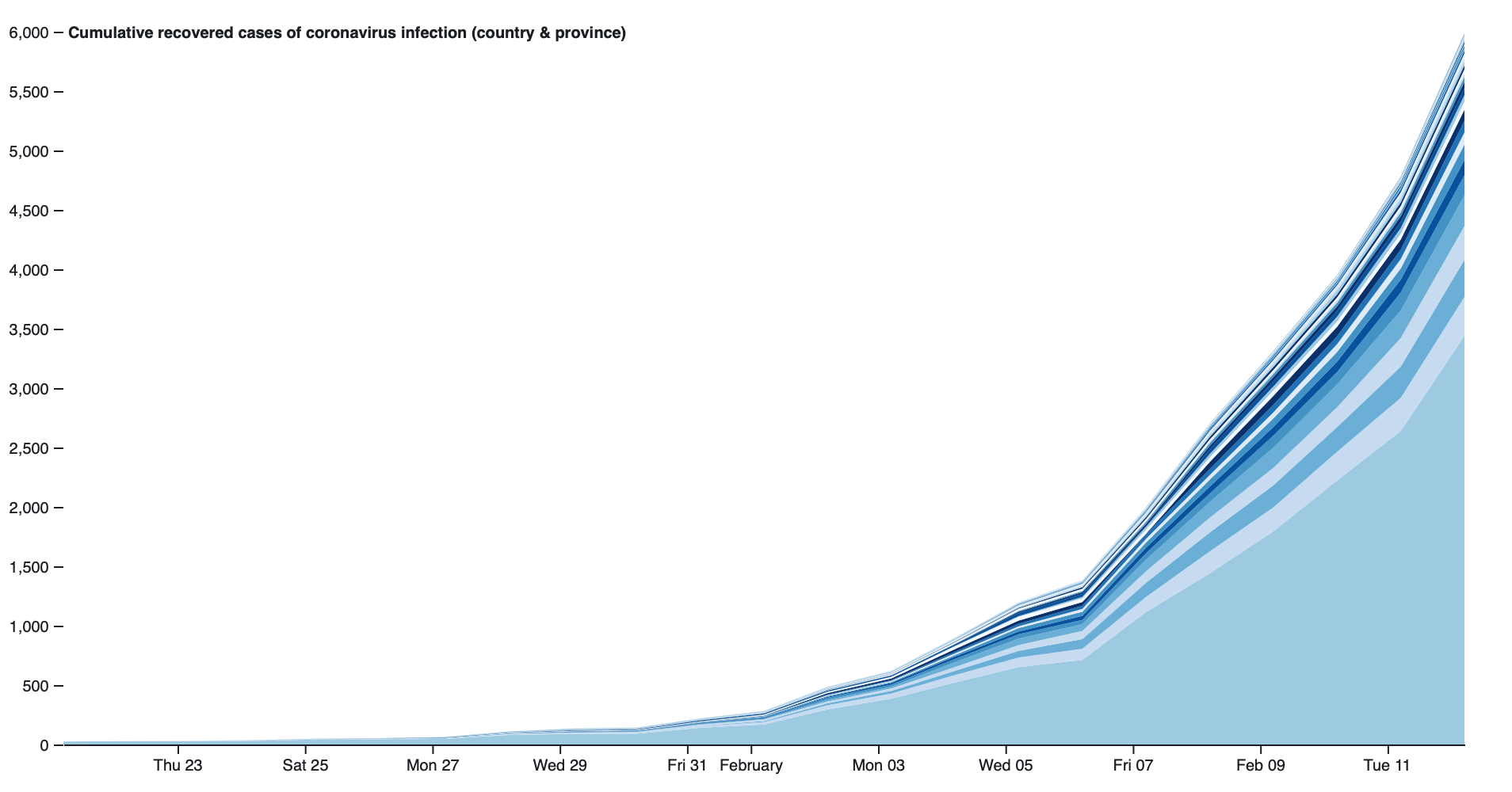 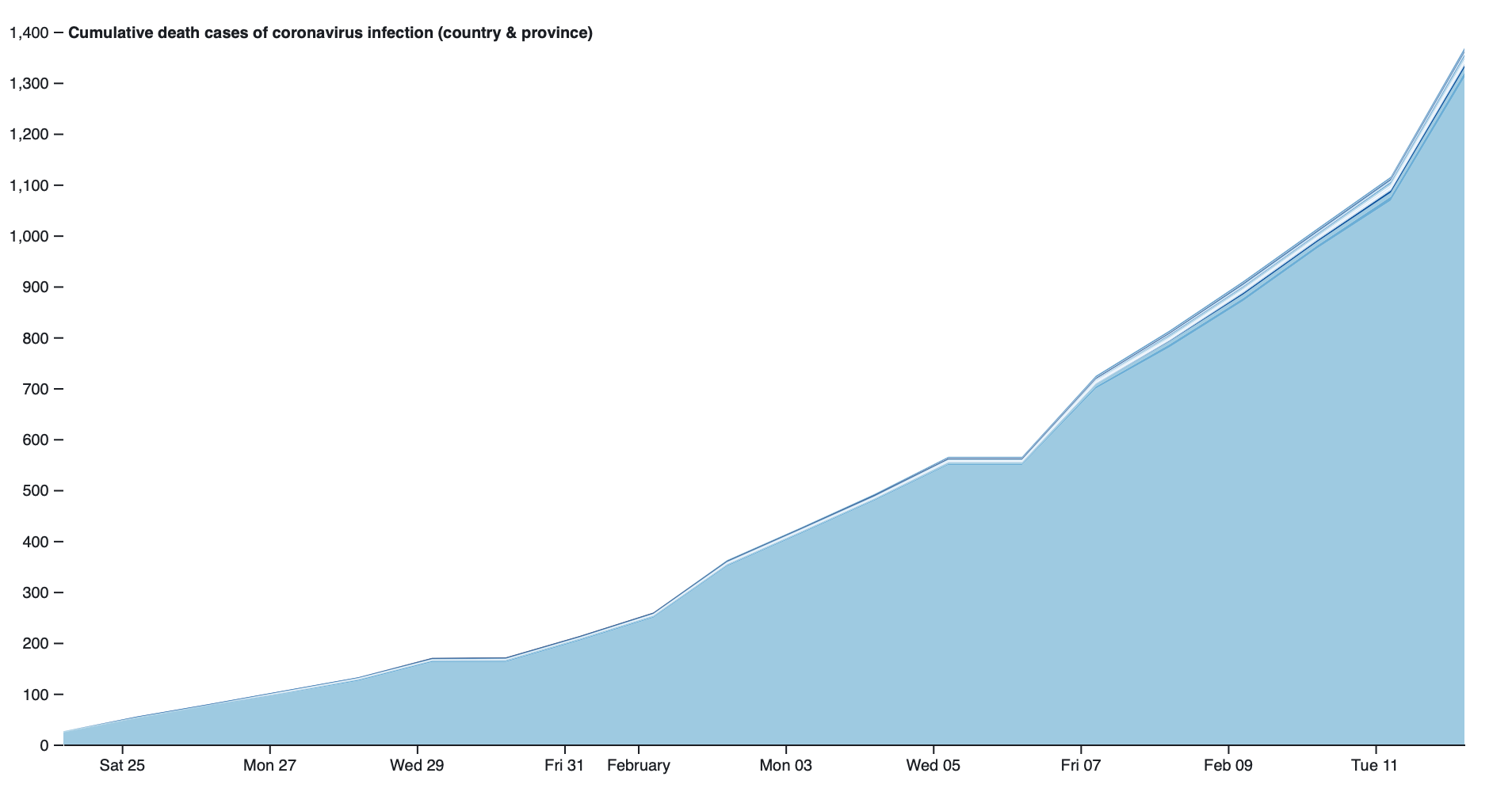 Mapping the Coronavirus in Asia 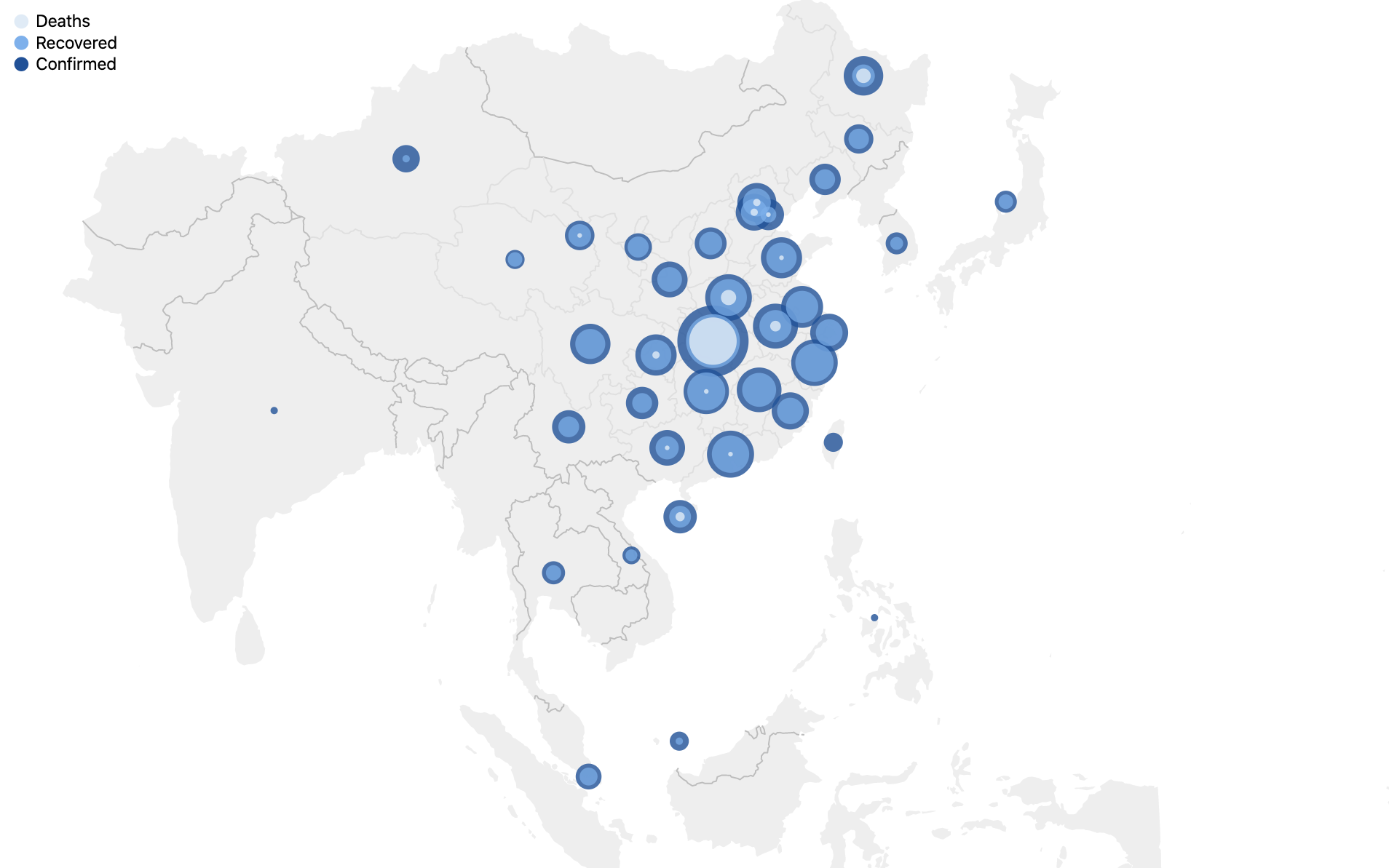 The sudden jump in Coronavirus cases is probably the result of inadequate testing. The original nucleic acid tests are only 30-40% accurate. Moreover, there is a shortage of testing kits and the results of this testing kit takes two days.

Many infected patients were told to go home rather than be isolated and undergo treatment. The deceased whistle-blower Dr. Li Wenliang needed to be tested five times before the test showed a positive result.

Now, doctors in Hubei province are including infections diagnosed by using lung scans of symptomatic patients. This shortcut will help but a more accurate and consistent test is needed.

At this stage, properly identifying the affected individuals and quarantining them from the general population will be the most important mitigation against the Coronavirus.

These graphs were produced with ObservableHQ. Give me a follow!