The world is addicted to crude oil 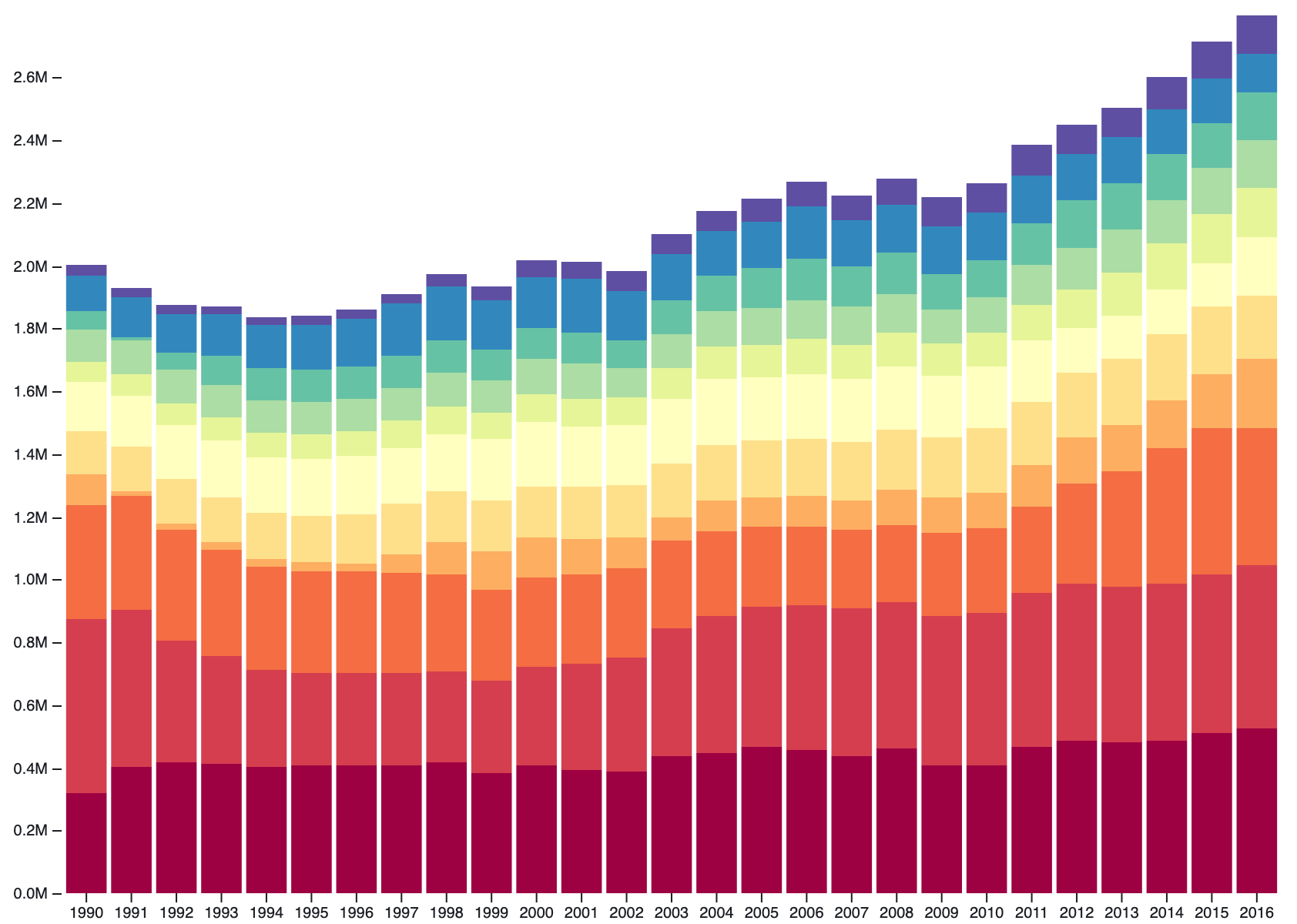 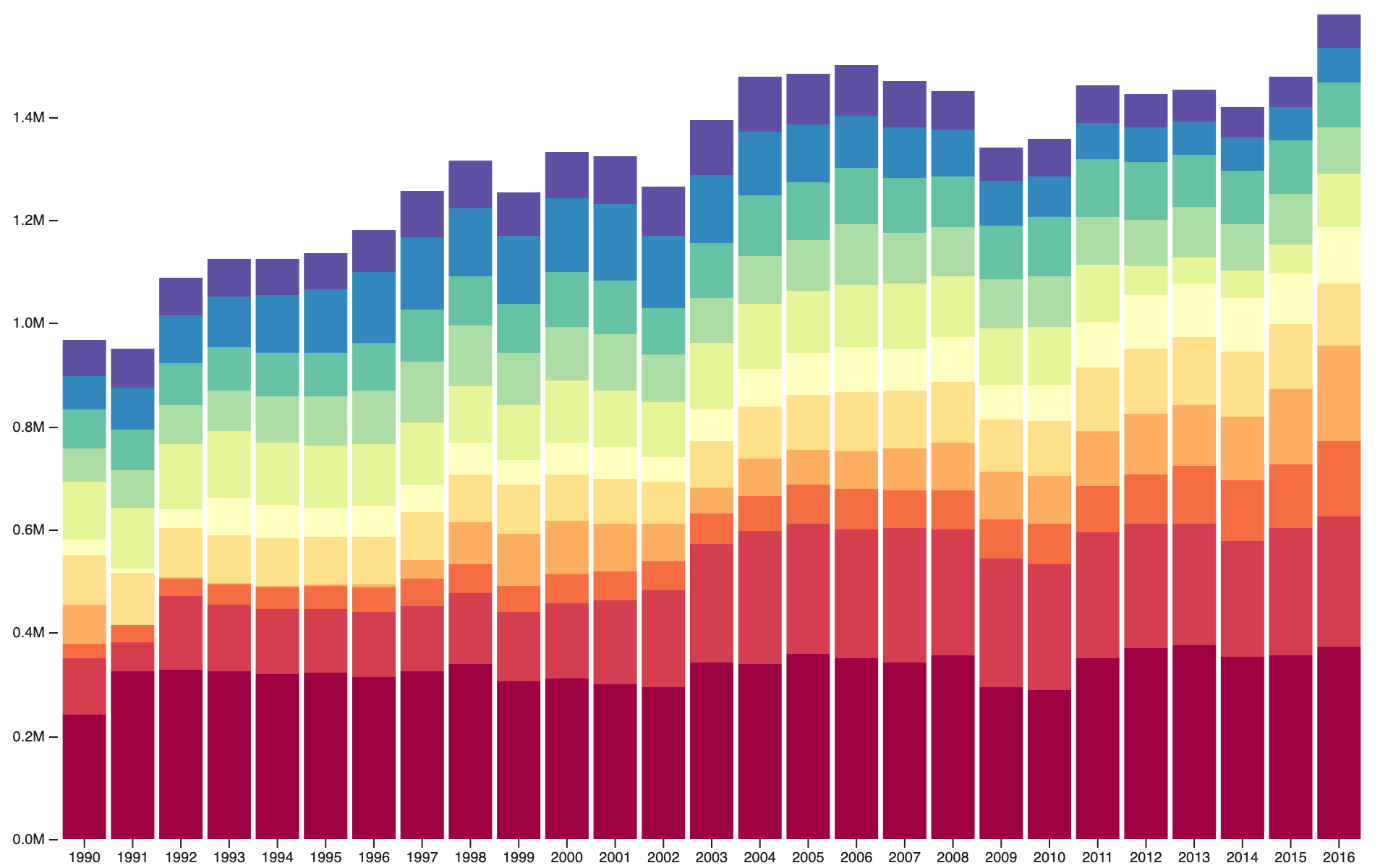 Many countries are making the transition from fossil fuels to renewable sources in response to the climate crisis. However, the worldwide production and export of crude oil have been steadily increasing. Oil is a large (and growing) revenue stream in most countries. It is also a vital resource in developing countries. It is hard to wean countries and their economies off of crude oil.

While Canada and Norway are committed to hitting climate change emissions targets, they remain large exporters of crude oil. The Paris Climate Accord (<1.5ºC) does not account for a countries’ crude oil export. Canada and Norway may very well hit their emissions targets and meet the Paris Climate Accord (Norway loves Teslas), but we all share the same atmosphere.

These graphs were produced with ObservableHQ. Give me a follow!